I am 34 years old and live in Salt Lake City, UT, and have been a triathlete and road cyclist since age 16. I'm married (I call my wife, "The Hotness"), and we have a 6 month old son. My first exposure to road cycling was while lying on the couch recovering from wisdom tooth removal. Le Tour de France was the only thing on, and I immediately fell in love with cycling and purchased by first road bike, a Trek 1500 that I was - still am! - in love with. My first exposure to triathlon came through a relay in the Escape from Alcatraz triathlon, when I raced the bike segment. I remember passing other races on $7,000 triathlon bikes and knowing I never wanted my equipment to exceed my ability (although, when people say, "don't buy upgrades, ride up grades" I also have been known to say, 'Why not both?!"). I returned to race the full event at the Escape From Alcatraz and loved it. I raced my first half-ironman in my first season of triathlon (since I had completed my first ultra marathon at age 16, I was immediately attracted to the longer events). It wasn't until medical school that I completed my first Ironman in Coeur d'Alene, in a non-pretentious time of 12 hours. I've raced over 20 triathlons across all distances, having raced annually since that first Escape From Alcatraz race, but my relationship with the sport has been colored by my medical training. After medical school, I completed three-years of pediatric residency and am now finishing my three-year pediatric cardiology fellowship. While living in Utah, I've become enamored with mountain biking and last season participated in my first 'race,' the Wasatch 50, a 42 mile endurance XC race. I'm looking forward to having more time this upcoming season to dedicate to racing since I will have a much lighter clinical schedule, including Ironman St George, Ironman 70.3 Boulder, Xterra Utah, and a number of Olympic-distance triathlons and mountain bike races. It would be a privilege to represent the Flo team and share the great work the brand is doing at each of these events and in the local triathlon and cycling community. In the upcoming year I am racing in Ironman St George, Ironman 70.3 Boulder, and Xterra Utah as my goal races, alongside local Olympic distance triathlons (East Canyon, Echo), several mountain bike races (Wasatch 360, Wasatch 50, Eden Epic), and several running races, including the Salt Lake City Run Series and Wasatch Trail Run series (Alta, Snowbird x2, Solitude). If my schedule allows, and pending other races, I look forward to competing in the Bear Lake open water swim and Deer Creek open water swim. 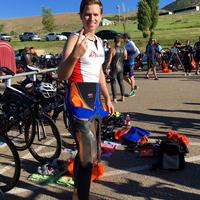 Shot from the Courage Classic, a two-day ride through the Canadian Rockies to raise money for the children's hospital.

A trail run in Thailand. Watch out for golden silk orb-weaving spiders (the size of your face!).

Photo from transition at the Jordanelle Triathlon outside Park City, UT. Ready to race!

Transition zone at the East Canyon triathlon; a reference to the "V for Victory" / "Up your bum!" photo from Winston Churchill. 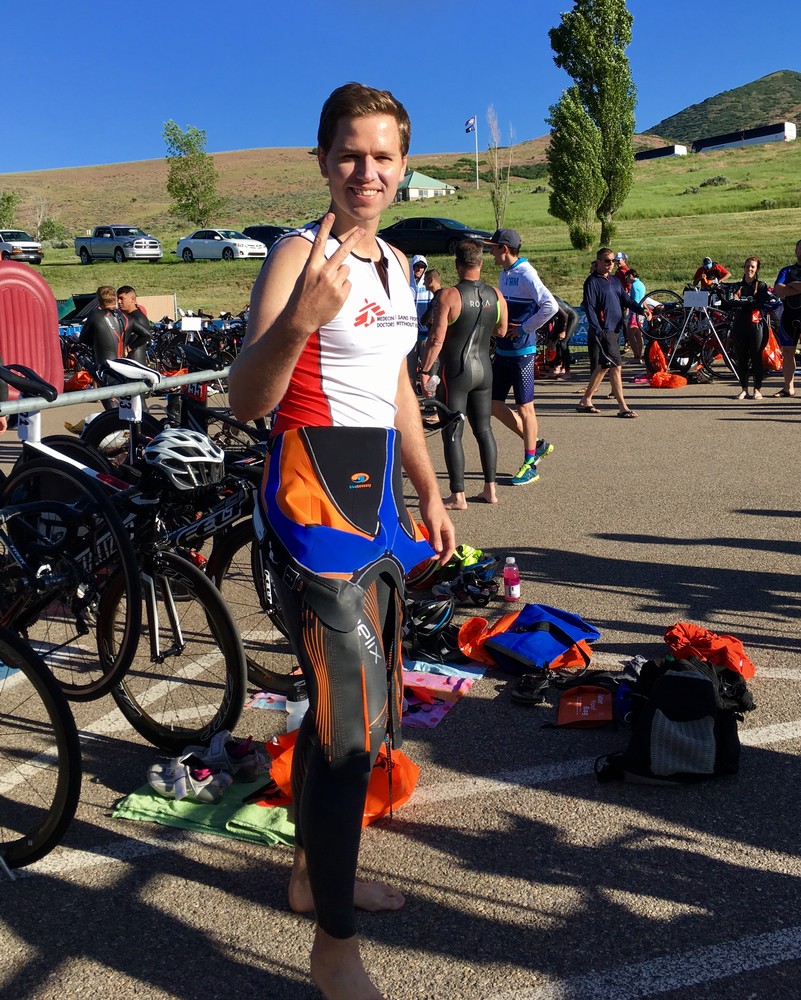