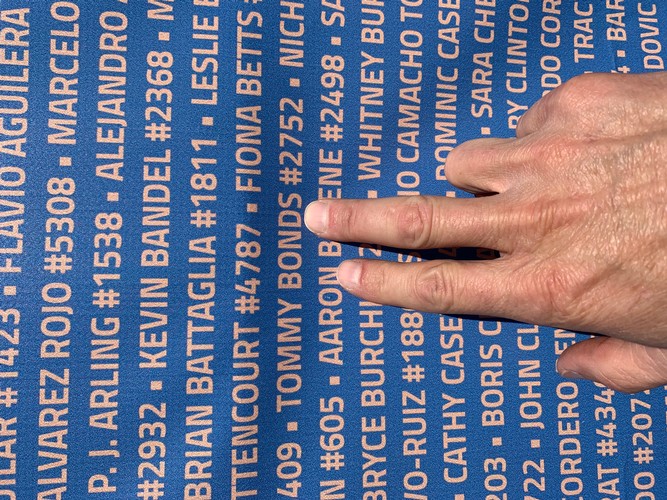 I’ve had a few days to think about and let the St. George 70.3 World Champion race soak in and still not sure where to begin. This has been a goal for a long time and one I really set my sights on in 2019 for the 2021 St. George race. I managed a slot in the Chatt 70.3 race and never really felt like I deserved the slot because of my finish time and age group placement but when looking at it from an overall percentage perspective I finished better than I ever had against the field so this was a big win. I took a couple weeks off at a key training time for some travels then hit the last build as best as I could and feel like it was a solid build. I was never really concerned about finishing or even finishing in a certain time because the work was qualifying and the icing on the cake was racing amongst the best in the world on a world stage. Some say the top 1% of the top 1% but that may not be exactly right given the pandemic times.


The later race day start had me all messed up and disoriented but I will say the extra sleep was nice. I managed 8hrs sleep the night before which is highly unusual. It was a 2 transition race so we had to catch a bus to the swim start and was rushed out of transition 15min earlier than published. I felt great standing in line and chatting w teammates. I lined up on the left because I usually pull right and wanted clear water as much as possible. I panicked a little in the first 100yds or so in the swim and had to pause to gather myself and calm breathing. Not sure why the panic or self doubt set in but it does from time to time and has to be dealt with to continue on. Felt like I was swimming about normal but obviously I was not with a average 10min slower overall at 53min. I was 12th from last out of the water in my age group. Swimming is my weakness and one I just need to concentrate more on to improve.


Bike was good and scenery was out of this world beautiful but the wind, Holy Hell!!! The wind and lightning came out of nowhere & hit about mile 9 for me. My first thought was I hope the ladies all made it out of the water. I heard stories after the race of ladies being pulled from the water and jet skis capsized trying to rescue. I can only imagine those on paddle boards suffered the same fate. I did see video of entire sections of metal fencing flying across the parking lot like sails. For about 5mi it was a side wind from the left over 20mph with gust well into the 30’s and it was all I could do to hold the bike in the road at a very slow pace. I actually stopped twice and put my foot down and almost said F it. Not worth getting hurt. Not sure how those lighter weight than me running disc made it but I know they did because several passed me during the day. Then we turned sort of into a headwind but still from the front left and swirling and the hail started and it stung like crazy followed by rain. It finally broke a little about mile 15 or maybe we were in a canyon about then and shielded but we still had gust. The climbs were challenging and nothing too difficult but couldn’t hit the downhills hard bc of the rain, wet pavement and wind. Overall happy w bike and enjoyed the scenery when I wasn’t death gripping the bars. Lower Back seized up on Snow Canyon climb with about 1k to go. I made up some ground in my age group during the bike at least finishing bottom mid pack.


I had to deal with the back pain the entire run. I filled bags w ice at every other aid station and put in my waistband to help w pain. Walked more than I wanted on the steep hill from mile 2-3 in both loops. It poured rain the first loop and back was really tight. The up hill was really almost to steep to run and the downhills even steeper & slick from the rain. The sun started coming out on the 2nd loop but I managed to finish before it got too warm. Feel good about the 1:47 run given the elevation and elements along w back pain. Managed to finish in the upper mid pack on the run.


Happy to say I completed although it is my worst 70.3 clock time by a long shot.


It was an experience I will never forget. Not my best execution. The topography was a challenge and I knew that going in but the very unexpected weather was the real challenge. Wind about 20mph w gust probably in the 30-40 range, rain, hail, lightning all at once out of no where made it one to not forget.


Colin said it best, “Proud of you! You competed at a World Stage so be happy and thankful.” I am very happy and very thankful I get to do this for fun with great teammates on the Crushing Iron Squad, FLO Factory Team and great friends and supporters on the sidelines.